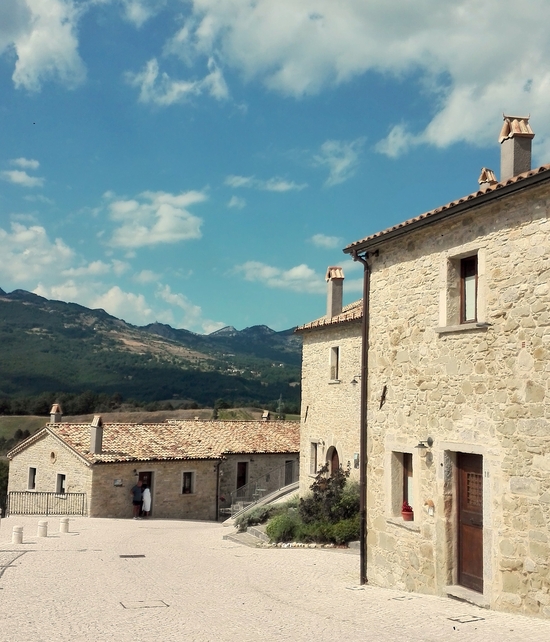 Borgotufi is a scattered hotel in Castel del Giudice, in the upper Molise. Why is it so special? Read here.

We are in Castel del Giudice, in the upper Molise, on the border with Abruzzo, in a beautiful area, at an altitude of 800 meters. Borgotufi, the oldest part of Castel del Giudice, was abandoned and in danger of disappearing, like so many other villages in the Apennines.
What to do? The Borgotufi scattered hotel was born from a virtuous project of recovery and restoration, in an eco-sustainable key, of abandoned houses and stables in the municipality, using local stone and materials. 25 housing units, for a total of 60 beds, built with care and respecting the tradition and the territory.

All around, immersed in a luxuriant nature, there are organic apple orchards that preserve more than 50 varieties of native apples.
Borgotufi also has a wellness center and a high-level restaurant that re-elaborates traditional dishes.

A virtuous model that has given new life to an abandoned village and new impulse to the economy. How was it possible? Thanks to the establishment of a public company, which involved citizens, local institutions and a consortium of local entrepreneurs. Borgotufi is now a model to be studied and followed.

Summer 2020: discover the most visited waterfalls in Molise

Not many people are aware of the existence of a museum of world wars in Molise. It’s a dynamic reality, which is...