Capracotta: a jewel-village at 1421 meters high 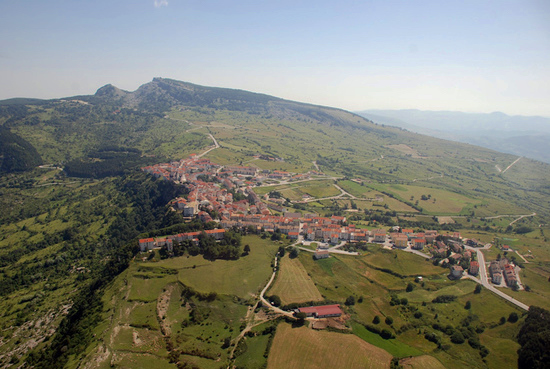 Capracotta, in the heart of upper Molise, is one of the highest mountain villages in the southern Apennines and a renowned ski resort. Worth seeing!

At 1421 meters above sea level, in the heart of upper Molise, stands one of the most beautiful and highest mountain villages in the southern Apennines: Capracotta.
Cool in summer and snowy in winter. Capracotta became famous precisely for the abundance of its snowfalls: in 2015 it set the world record for centimeters of snow fallen in just 18 hours. We are talking about 2.5 meters! The biggest snowfall of all time.

Capracotta is one of the most popular destinations for alpine skiing and cross-country skiing, often home to national and international competitions (such as the 1997 national cross-country skiing championships). It is a pleasant, tidy and typically mountain-looking village.
It is immersed in a breathtaking naturalistic context that makes it an unmissable destination even in summer. Pastures as far as the eye can see, beech and fir forests: a paradise for mountain lovers.
The Garden of the Apennine flora is worth a visit, a rare example of a natural botanical garden.

Capracotta is worth a visit if only for the goodness of its cuisine. It is famous for its cheeses and sheep’s meat, cooked according to the traditional recipe (‘pezzata’). The ‘pezzata’ festival occurs every year on the first Sunday of August.

Caciocavallo: the king of Molise cheeses

Enzo Nocera was a modern and visionary publisher, who made the history of Molise publishing.