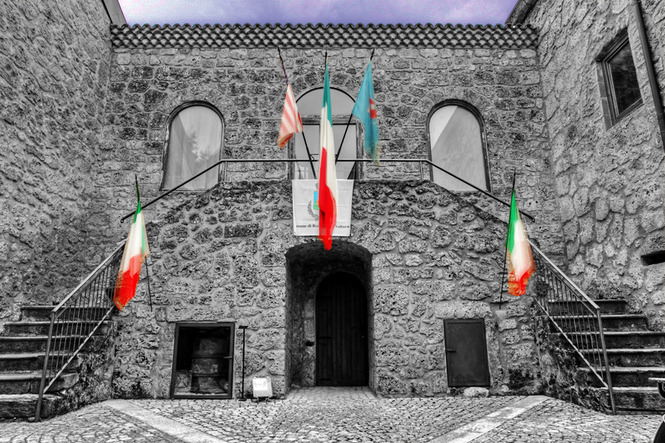 Not many people are aware of the existence of a museum of world wars in Molise. It’s a dynamic reality, which is not limited to the mere exhibition of original materials: it’s a real research laboratory on the world wars.
We are in Rocchetta a Volturno, a small town in the province of Isernia, in an extraordinary naturalistic context, which is that of the Mainarde.

It is an area that boasts an exceptional landscape, archaeological, artistic but also historical heritage, related to the most recent history, to the two world wars.
The Gustav line, the defensive line that divided Italy during the Second World War (to the south the Allies and to the north the Germans), passed on these superb mountains. On March 31, 1944, on Monte Marrone, one of the most important battles of the Italian liberation war was fought by the Italian Liberation Corps against the Germans.

This year we celebrate the 75th anniversary of the Italian army’s rebirth and, for the occasion, the International Museum of World Wars will host the conference “Monte Marrone 1944 – 75th anniversary of the rebirth of the Italian Army” on Saturday 6 April 2019, in the presence of the Italian Minister of Defense Elisabetta Trenta.
A unique opportunity to remember the history of Molise during the world wars, but in an international context; to honor the memory, to celebrate the need and the duty of remembrance, to denounce the abomination of war.

Street artists from all over the world, movies, music, street food, games, walls tour, cuisine workshop: this and...

A virtual journey through Molise art

The Praitano-Eliseo collection, the most significant collection of 19th and 20th century works of art from Molise,...