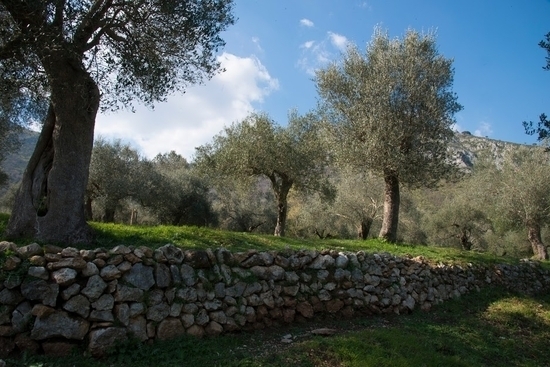 The Olive Tree Park of Venafro celebrates and protects the tradition of the oil, cited by the Romans as one of the best in the Mediterranean. If you are curious to walk among the centuries-old olive trees and to discover the secrets of Molise’s “green gold”, the park can be for you!

The Regional Agricultural Historical Olive Tree Park of Venafro was created to protect the centuries-old olive trees, situated close to the city up to the slopes of Mount Santa Croce and at the same time to celebrate the ancient olive-growing tradition of the territory. In fact, since ancient times Venafro oil has been considered among the best in the Mediterranean; in Roman times even Marco Porcio Catone, who owned a rustic villa with olive groves in the area, and Orazio, who exalted the “green berry of Venafro” above all others, spoke of it.

Today the Venafro oil retains its prestige so much that it has allowed the birth of this protected area, the absolute first dedicated to olive trees, where you can walk, hike or have a picnic. From the historic center the place is easily reachable on foot and once arrived you can walk among the ancient trees but also see the remains of the cisterns of the Roman villas, the megalithic walls and terraces dating back to the same period. Going up the mountain you can also reach the Torricella, an outpost of the Lombard age that dominates the Volturno valley and watches over the city.

Finally, for the more curious we suggest the exhibition dedicated to the historic rural landscape of the park and traditional agricultural techniques, located in the famous Liberty Palace of the city and the nearby Italian patriarchs Olive Trees Garden, in which you will find a selection of twenty essences of the most ancient of Italy.

Pescopennataro: the village of fir and stone

Castelpetroso: a fairy-tale church in Molise

Discover the typical first courses of Campobasso. A simple cuisine that, despite the changes and the progressive...

Not everyone knows that Molise is very rich in truffles (black truffle but also the precious white). Molise has set...