Discover Roccamandolfi, one of the ‘pearls’ of Matese 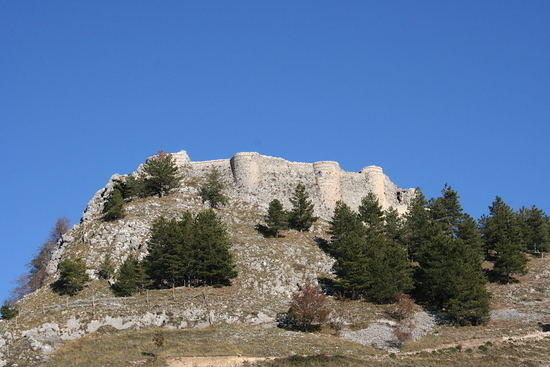 The small village of Roccamandolfi is a real ‘pearl’ on the slopes of the Matese mountains. It is a pleasant discovery for lovers of trekking in the wild and unspoilt nature. From the inhabited center, through a path that crosses the woods of the Callora Torrent Natural Reserve, you reach the ruins of the ancient castle and a tibetan bridge suspended in the void, which gives strong emotions to those who cross it.

The village of Roccamandolfi rises on the slopes of Monte Miletto, the highest peak in the Matese (2,050 m). The castle, with its impressive and suggestive ruins, is in an elevated position compared to the current village. The ancient building, probably of Lombard origin, was demolished in 1223 by order of Frederick II as the lord of Roccamandolfi, Tommaso da Celano, did not want to bow to his supremacy.

The mount and the castle can be reached from the center of Roccamandolfi thanks to a path immersed in the lush and wild nature of the Callora torrent Natural Reserve. The path, which allows you to observe numerous waterfalls, leads to the castle and to a tibetan bridge suspended in the void, on a deep gorge carved by the waters of the Callora stream, which has become a fixed destination for thrill-seekers. The route lasts about four hours and it is not particularly difficult, while the suspension bridge gives adrenaline rush to those who cross it.

For the less courageous, a walk in the village will still offer pleasant discoveries: Baroque Church of San Giacomo Maggiore; the precious early medieval stationary cross positioned under a Renaissance arch, characteristic for the presence of Christ wearing half-leg breeches; the four ancient units of measurement for wheat, made of stone and corresponding to the tomolo, the mezzetto, the quarto and the misura.

The ‘fritte’ of San Giuseppe in Molise

Ready to discover the masterpieces of eighteenth-century painting in our region? The works of Paolo Gamba, linked...

The Eurostat data declare Molise the least touristy region of Europe. One more reason to visit Molise! Find out why.