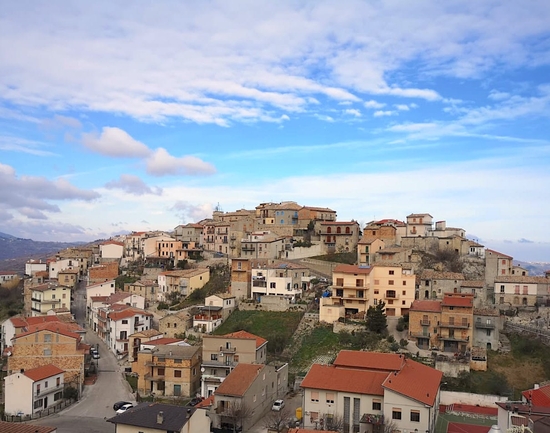 Do you want to discover a new language? You don’t have to go so far! In the province of Campobasso there is a little medieval village which preserve an ancestral language, its name is Montemitro (or Mundimitar, as they say around here).

On the border with Abruzzo, in the heart of the Trigno’s valley, is located Montemitro. The village, perched on a hill, hosts just over than three hundred inhabitans who have a particular characteristic which you won’t miss for sure: their language.
Exactly. Wandering through the alleys of Montemitro, you will have the chance to listen to some sounds which won’t seem familar, but they are sounds which together compose the musicality of an ancestral language, so-called “na-našu”, litteraly “on our own way”.

The XV century was a marking period for this area: after the eartquake of the 1456 and the black death of the 1495, the landowners of the Kingdom of Naples distributed the new colons from Dalmatia, so-called “schiavoni”, in the areas more affected by depopulation triggered by these tragic events. Among these areas there were San Giacomo degli Schiavoni, Palata, Acquaviva Collecroce, San Felice Del Molise and finally Montemitro. Just in this last place, nowdays, after exactly six centuries, the citizens of this village still live “in their own way”, by preserving their linguistic and cultural heritage.
Don’t you miss the tradition of Santa Lucia, dear to all the citizens of Montemitro, it is celebrated the first and the last Friday of May to remember the arrival of the “schiavoni” in the area called “Selo” where today is situated the church of Santa Lucia.

You need to notice that language is not the only pride for Montemitro. Its cultural heritage embraces also the textile sector: linen and cotton clothes woven by frame are real masterpieces of art.

Leave behind you the smog and the noise of the big cities and take refuge in this village where the time stoppes. You will have the chance to breathe fresh air and to live an experience “en plein air” discovering the near natural landscapes.

Agnone: ‘venetian village’ in the heart of Molise

The Eurostat data declare Molise the least touristy region of Europe. One more reason to visit Molise! Find out why.