The oldest human tooth in Italy is in Molise 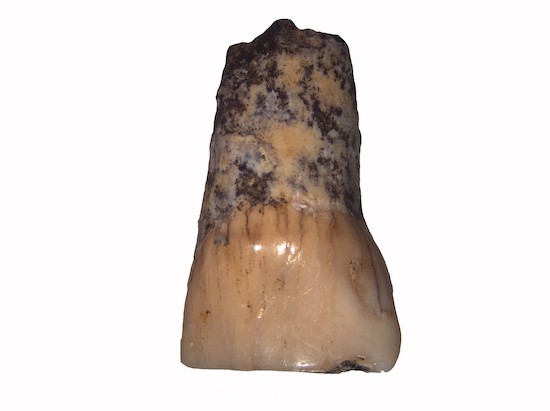 This tooth, slightly larger than a peanut (measuring just 7 millimeters) has a lot to tell us about a human species that lived 600,000 years ago in the area that today corresponds to Isernia, in Molise.
The tooth was found in 2014 in the Isernia La Pineta site, a very important prehistoric site worldwide known.

After more than 40 years of excavation by the section of Prehistoric and Anthropological Sciences of the University of Ferrara, the first human remain was finally found in the site.  It is one of the oldest human remains in Italy.
A fundamental discovery not only for Molise but for Italy and Europe, considering the scarcity of human fossil remains referable to this period.

There is a lot of information that a small tooth can provide us. An international research team, headed by the University of Ferrara, has studied it in detail thanks to the most advanced laboratory analyzes and the most modern technologies.
It is a deciduous upper incisor of a child of 5-6 years, belonging to a different species from ours.
From the analysis of a chemical element contained in the tooth enamel it was possible to understand that the mother of the child must not have moved much from the site, probably for reasons related to pregnancy and the care of the baby.

The Polo Museale of Molise is working on the exhibition of the tooth at the National Museum of the Paleolithic of Isernia.

"Architecture of the Myth": contemporary art exhibition in Isernia