Men, animals and flowers: the ‘carrese’ of San Pardo in Larino 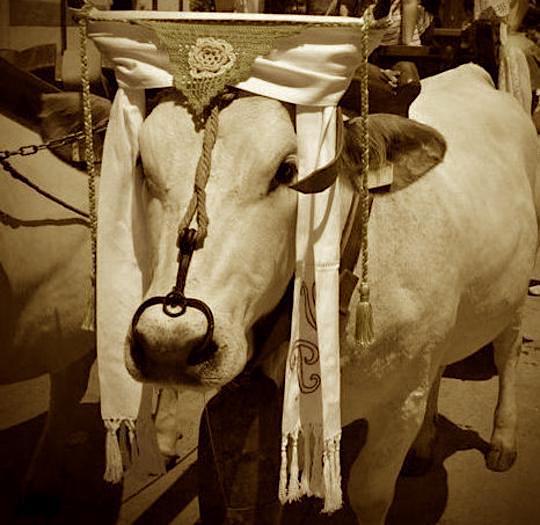 The ‘carrese’ of San Pardo in Larino is one of the oldest and most evocative manifestations in Molise, candidate for the intangible cultural heritage of humanity.

A long procession of more than one hundred floats decorated with flowers and pulled by oxen that winds through the streets of Larino from 25 to 27 May each year, on the occasion of San Pardo, patron of the town in the lower Molise.
An ancient and suggestive tradition, which reinforces that ancestral link between man, animals and the territory.

In order to protect this important tradition, the application process for the list of intangible cultural heritage of humanity has been started, together with other Italian and foreign communities united by similar devotional manifestations (feast of Sant’Efisio in Cagliari, of Sant’Antonio di Santadi in Arbus in Sardinia, Romería for Virgen del Rocío in Andalusia and San Isidro Labrador in Venezuela).

The transhumance, a practice still alive in Molise, was declared intangible cultural heritage of humanity in 2019.

The 'via Francigena' in Molise?

The art of bobbin lace in Molise

Bobbin lace in Molise is an ancient art, preserved and still practiced today.

The procession of “Misteri” coincides with the the Corpus Domini and it is the most emotive celebration of the...